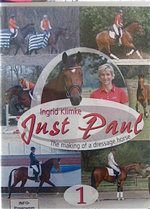 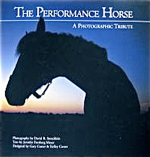 Demystifying Hemp and CBD in the Equine

Cannabinoids are the medicinal compounds that have been shown to be medically useful for many conditions. These are found only in the leaf and the buds of the plant. The acronym “CBD” is commonly used for medicinal preparations, but in reality, there are over 100 different cannabinoids in a hemp plant. There are active compounds called terpenes that work synergistically with the CBD.

Endocannabinoid system is the receptor system for cannabinoids found in all mammals and in most body systems.

Omega-3 and omega-6 fatty acids are found only in the seeds of the plant. Omega-3 is an essential fatty acid that cannot be made in the body, so it needs to be eaten.

Industrial hemp is generally grown for its fiber (stems) and seeds. The plants are grown close to each other to promote tall stemmy fibrous plants with lots of seeds. It contains very little if any CBDs.

Medicinal hemp is grown to enhance the leaf and bud growth, with high levels of CBD and no omega-3 or omega-6 fatty acids.

Bio-accumulator: Hemp is a plant that can grow just about anywhere but it is also a bio-accumulator, which means that contaminants or toxins in the soil will end up in the plant. When feeding hemp in any form, it's important to use organically grown hemp.

Hemp Seeds
Hemp seeds are the most nutritious part of the plant used as food. They contain about 20 percent protein, six percent carbohydrates and about 73 percent healthy fats. They also have significant amounts of calcium, magnesium, manganese, phosphorus, potassium, zinc and vitamins A and E. Most diets contain an excess of omega-6 (inflammatory). Hemp contains a healthy balance of omega-6 to omega-3 linoleic acid (an anti-inflammatory compound). Feeding hemp oil is a great way to get these benefits (be sure to keep it refrigerated in warm weather).

Hemp protein is highly bioavailable, although it is not a complete protein to replace all other sources. One ounce of seed contains 9.2 grams of protein. Hemp seeds and the protein that comes from the processing of them are available now and are a fabulous way to feed your horses protein without feeding genetically modified corn and soybean.

The hemp leaf is an excellent source of fiber, magnesium, calcium and phosphorous. It also contains antioxidant polyphenols to help protect the cells from free radical damage as well as more beneficial chemical compounds such as flavonoids.

Separating the nutritional properties of hemp from its medicinal ones can be complex, since many nutritional compounds are good for the horses because they enhance health.

Hemp CBD
Hemp’s buds and flowers have a high content of CBDs. It is one of the most interesting new herbal medicines to come on the market. The medicinal properties of CBDs in animals, especially horses, are just beginning to be explored. Several years of clinical observations and data indicate that horses are very responsive to CBD in similar ways to other species, including humans.

Endocannabinoid System
The endocannabinoid system of vertebrate animals is thought to have existed for over 500 million years. All mammals have receptors in most internal organs for the cannabinoids found in hemp. These are important in regulation of many body functions.

Endocannabinoids are compounds released internal in the nervous system to bind to receptors and transmit information. There are two main types of receptors that occur in different tissues, CB1 and CB2. The CB1s are primary in the central nervous system with some in the external organs, while the CB2s are mostly in the immune system B Cells and natural killer cells, with some in the spleen and tonsils. The complexity of the interactions between the cannabinoids, the immune system and the inflammatory pathways create a vast array of biochemical functions affected by those cannabinoids.

Endocannabinoid research is limited on domestic animals, including horses. Because the endocannabinoid system is present in all mammals, phytocannabinoids have the potential to affect the health of any internal organ with endocannabinoid receptors. For example, the gut, the liver and the brain all contain receptors for CBDs.

Feeding Cannabinoids to Horses
Hemp can be fed as a supplement in a variety of ways. The most common form available is an oil extract. It can be costly for horses but works great for small animals. Hemp can be fed as a more economical form as powdered biomass or pellets (which may contain a filler). The amount to feed ranges from about 25 to 50 milligrams twice a day. Sensitive horses need a much lower amount. It's always a good idea to start off with a smaller amount.

Products contain variable amounts of CBDs and often do not have full analyses, so actual doses may vary greatly from product to product. The hemp industry is not yet regulated so there are many companies with questionable quality control. All products fed to animals should have a Certificate of Analysis (COA) available on the company’s or product’s website.

Stress in horses
Taking the lead from the small animal and human studies, CBD products have been used for a number of equine conditions.

Cannabinoids cross into the brain and can be helpful for horses that have had mental and/or physical trauma. Human research has shown success with behaviors that are similar to posttraumatic stress disorder (PTSD). PTSD-like symptoms are common in horses and in many cases the response has been dramatic. It is not the cure for every horse with mental issues, but it is an excellent ingredient to try.

Cannabinoids are used for a variety of anxiety conditions in people and the response is similar in horses. When someone feels anxious, horses will pick up on it and may be more anxious.

Drug testing
Many horses compete under national or international rules against doping in sports. Currently, as of this writing, CBD is illegal to use in sports under the International Federation for Equestrian Sports (FEI) or United States Equestrian Federation (USEF) rules.

Conclusion
Hemp is a versatile plant that comes in many forms. It's important to know which part of the hemp plant you are selecting, and what your goal is when feeding it to your horse. 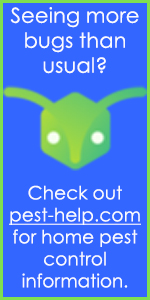